Not like HLDM or OpenAG, Black Mesa only has one map that playable, that is Crossfire (pro_v1 version& bms version) 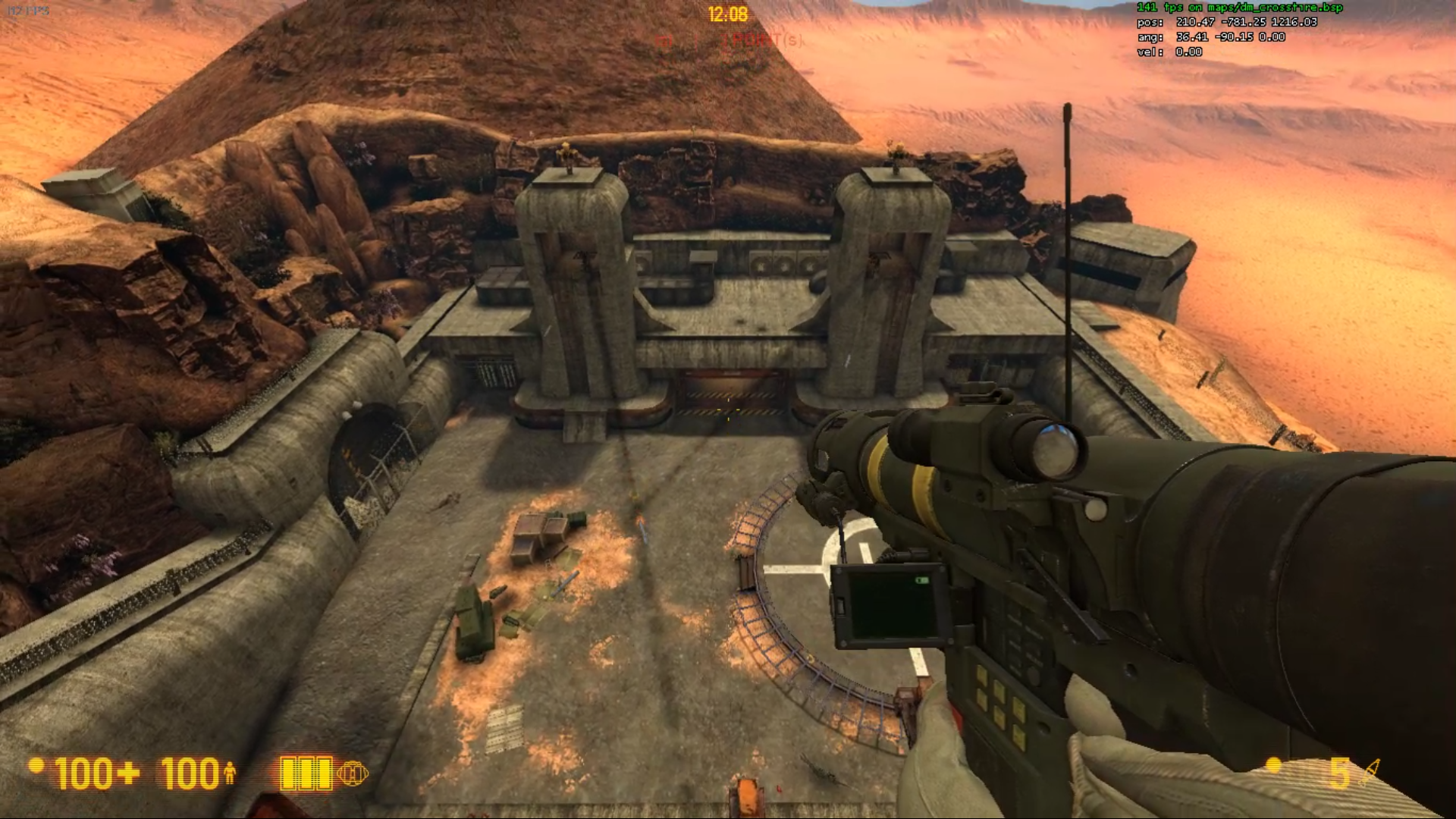 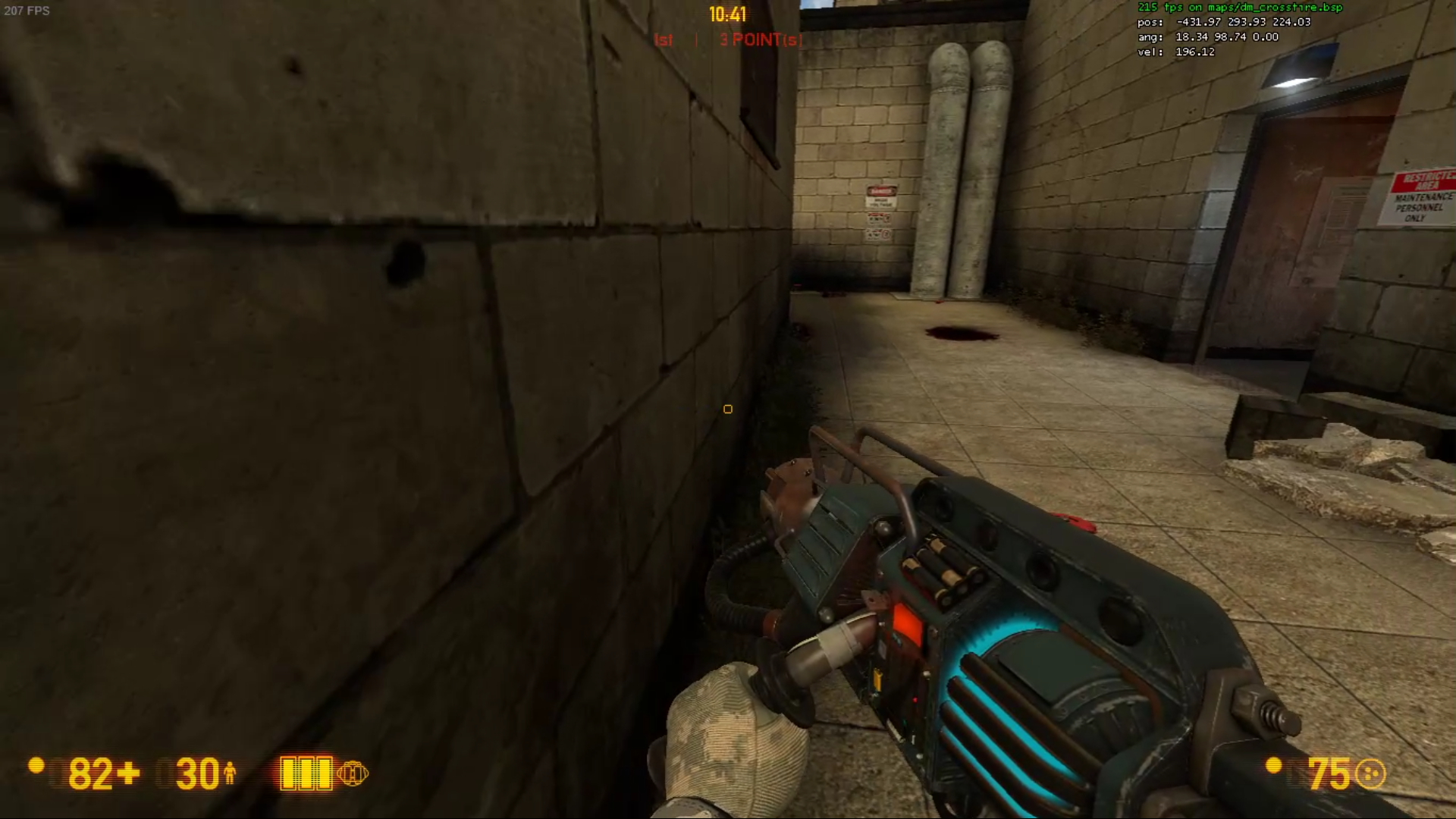 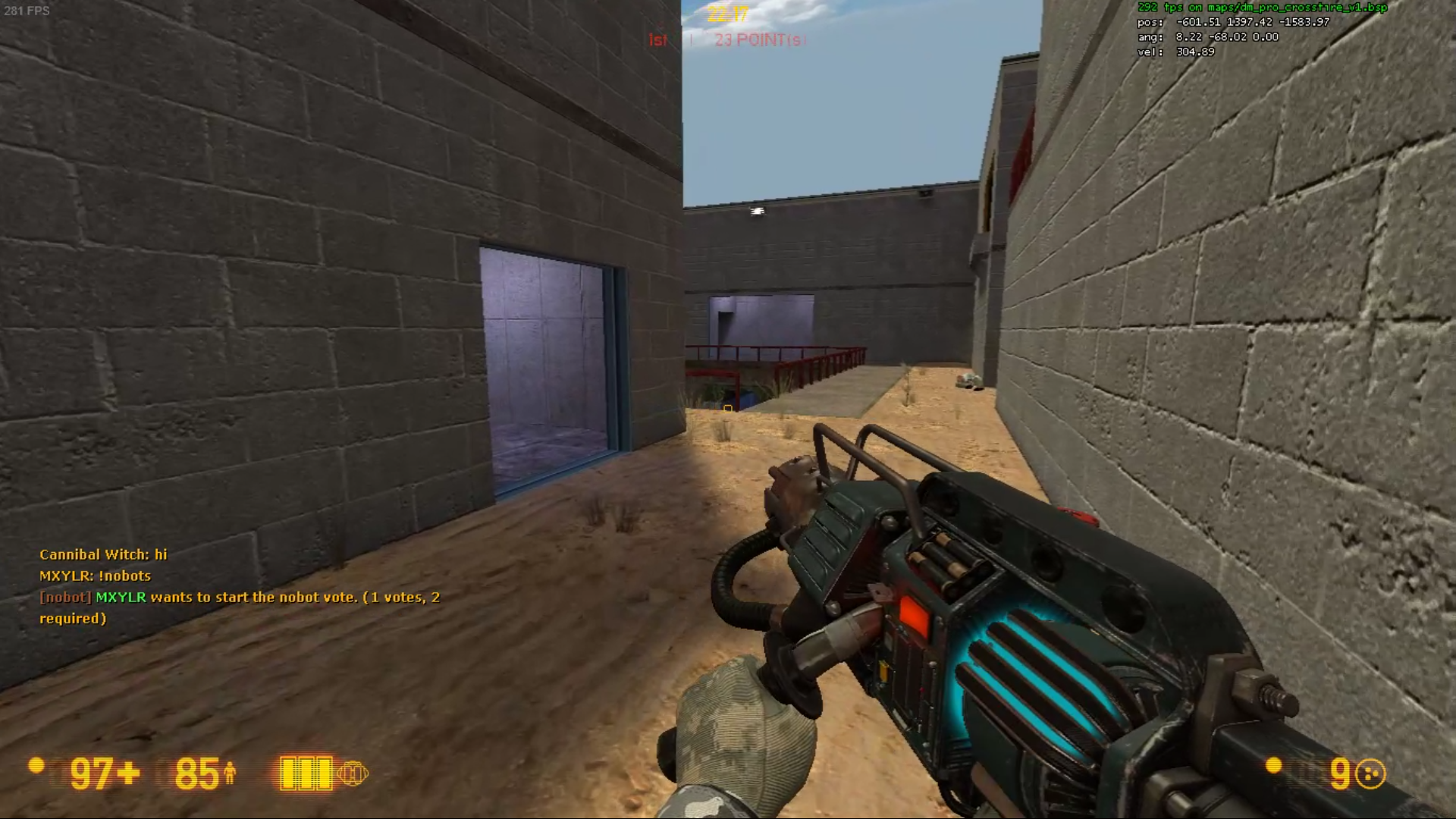 Basic bhop, I don't want to talk about it too much here, because you can find many bhop tutorial videos, what I want to say is that you need hold the ctrl (which is the defaut crouch key) then you can bhop.

And the other thing you need to know is, since the XEN chapter released, Black Mesa devs added power sliding in the game, you can hold crouch key then press A/D to boost on the ground.

Tau cannon jump + bhop, hold rightmouse (+attack2 key), the tau cannon can not only give you horizontal speed but also give you vertical speed

Tau cannon +attack2 doesn't have cool down time in MP

I don't want to talk about basic bhop practice, you should watch the video you find, then practice it in BMS

I don't know how BMS caculate the player respawn point

But you can get the player's position by hearing the sound. Player spawn, the game will play the teleporting sound, like teleporting spawning monsters in Singleplay.

Oh yeah, the sound, you need to practice to get player's position by hearing the footstep sound.

Even though this game's sound is trash, but you can still get it by hearing carefully

snd_restart fix the sound bug in MP, type it in console

in that !-InTeNs1v$tAt1oN-! server, you can type !rtv to rock the vote in chat

!nobots to disable the bots

!notau to disable the tau cannon (I'm sure that no one will agree about this XD)

And also, you can see the leader boards on that server here : http://is-server.de

How to dodge the nuclear button boom

It's annoying that many noobs press the big red button over and over again.

You can find the videos about it in my youtube channel.